Would The Risky Government In Israel Affect My Business Operation? 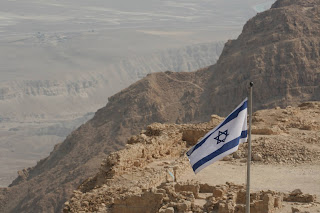 Israel has got a new coalition government led by Naftali Bennett after Benjamin Netanyahu was unseated after 12 years of reign. Israel has seen 4 elections in merely 2 years, but the opposition was united to oust Netanyahu after allegations of Bribery, Fraud and Breach of Trust.  The new government narrowly won the elections with razor thin majority of 60-59. Polls suggest that 43% Israelis expect the Government to dissolve quickly and only 11% expect it to survive the full term. If the Government fails to survive, would it impact you as a Technology Asset Owner or a Vendor Manager?

It might seem like connecting two disparate topics, but you will be able to connect the dots when I say Israel is a cyber security powerhouse and has some top tech companies that you might be using today such as CyberArk, Guardicore, NICE, Check Point, Cloudify, Monday, Radware, Wix and Varonis to name a few. I do not know whether the government would fail or not as I am not an expert at International Politics. However we do need to monitor the development to make sure the Israeli vendor that we are using is not impacted.

Bennette will be walking on thin ice dealing with post-pandemic economic recovery, passing the budget, reviving the economy and health, while avoiding sensitive issues such as Israel - Palestine conflict, development of settlements in the occupied West Bank or the situation in the Gaza Strip, and ceasefire with Hamas. Slipping on any of these issues could cause the government the collapse again and lead the country to a fifth election. Netanyahu will be a strong opposition leader, who would also try to regain power to continue his legacy. Although these issues are not new, Israel was able to manage them under previous Prime Minister. I may be playing the devil's advocate here by suggesting that if the new government is fails to maintain majority, make decisions that makes things out of control and causes civil unrest, then it might have an impact on your vendor's operations in Israel. Any disruption in vendor's operation in Israel could affect your operations too.

What do I need to do?

Speak with the Israeli vendor to ensure that they are watching the development closely. Ask

Identify the risks and create a mitigation plan. Many Israeli companies have offices in United States or other friendly companies, and the chances are that they have built resilience in their infrastructure. They will be able to recover quickly if something were to happen. However what you don't want to happen is to get caught off guard. Being prepared will help you maintain business continuity for your own business operation.