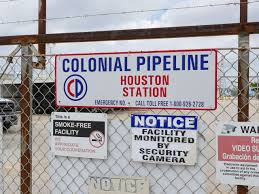 The US investigators have recovered millions in cryptocurrency they say was paid in ransom to hackers whose attack prompted the shutdown of the key East Coast pipeline last month, the Justice Department announced Monday. Specifically, the Justice Department said it seized approximately $2.3 million in Bitcoins paid to individuals in a criminal hacking group known as DarkSide. The FBI said it has been investigating DarkSide, which is said to share its malware tools with other criminal hackers, for over a year.